Since 1963, the James Bond film franchise have been an essential part of our culture. Agent 007 is the essential heroic male that inspired generations of moviegoers with his fantastic action scenes, charm and how he takes his martinis shaken, not stirred.

This website will closely examine the graphic design appearing on the James Bond posters films through discussing the aesthetics, international advertising, and the posters through time. We will explore the key typographical glyphs as well as what makes James Bond unique, in an effort to explain its lasting influence in the film industry. 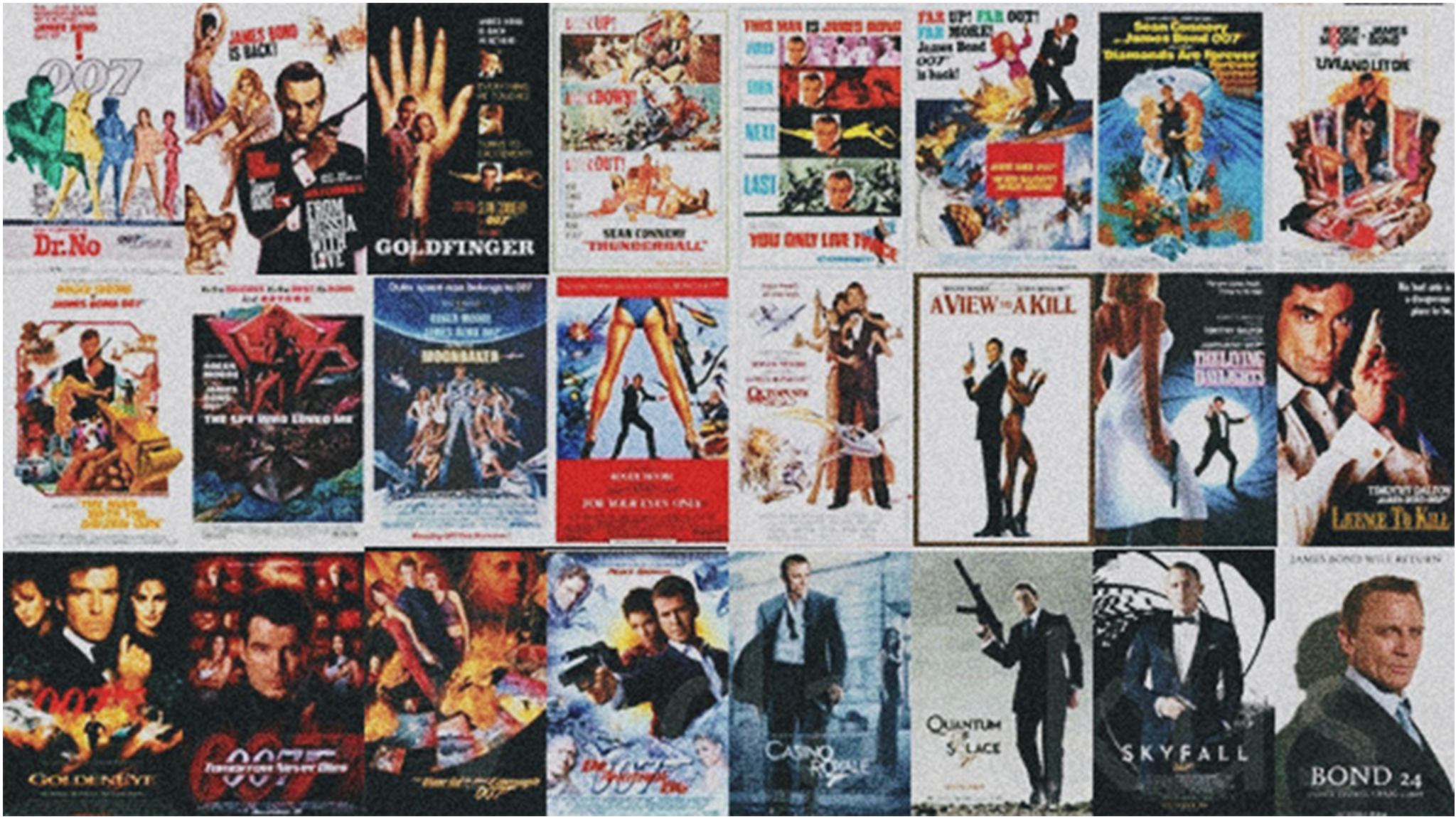 After fifty years and twenty-three films, the James Bond franchise remains a seminal and iconic figure in film history. The reason why the franchise has persisted over the decades is due to the films role as the quintessential blockbuster action film, while adapting to changing tastes and cultural attitudes.

With its adaptation from the original literary works, the films’ main title designs draw from an autonomous selection of themes that remain liberal in their portrayal. Most notable for the application of conventionalized violence, guns, and female figures, the franchise’s typography consistently epitomizes the action genre with its innovative choices. 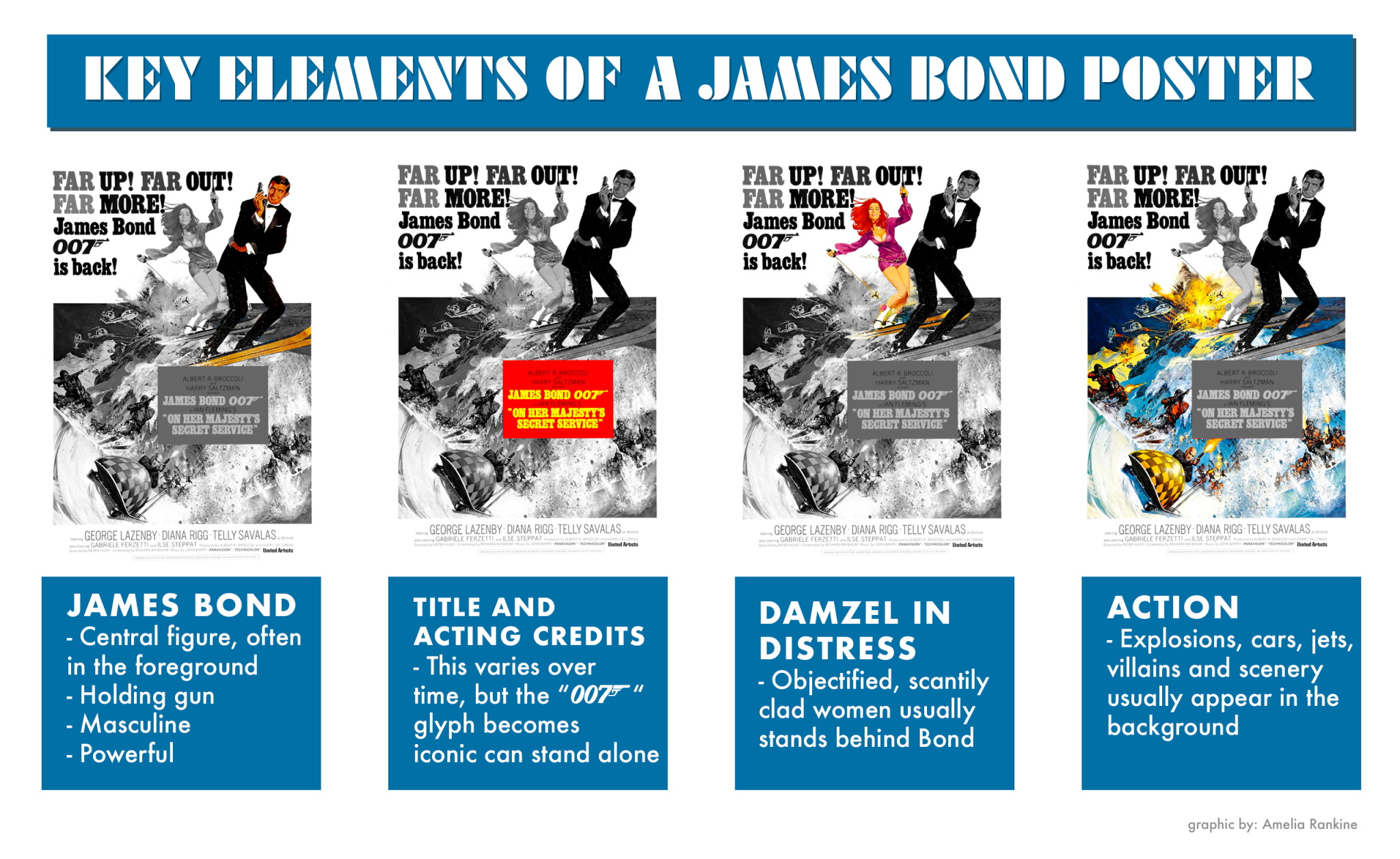 The design of James Bond posters has changed, localized and globalized in decades following the changes in pop culture and trends of typography. The appearance of female figures under the male gaze is being reduced in more recent years, transforming from a damsel in distress to a heroine, while maintaining the woman’s attractiveness to the male gaze. While the typography has change throughout history, the dominance of James Bond’s figure in the poster has remains a fixture in the design, as new actors take on thr role over time. The simplicity found in recent posters may responds to globalization and further emphasizes the protagonist of this series.

The 007 Poster’s Overall Aesthetic webpage will explore the overarching semiotic visual language applied in the series. We will dissect a handful of specific posters in regard to their typeface, in order to address the changing typographic design, and the symbolic implications involved. By exploring the graphics, typefaces, and layout, we can accurately access and summarize a fair component of the franchise in general.

The 007 International Posters webpage will be looking at Bond posters  from across the globe, written in multiple languages. We will compare the differences and similarities in contrast to American-made posters.

The 007 Posters Through Time webpage will present all James Bond posters designed in chronological order and provide greater context about the films production.

The purpose of our website is to examine the ways in which the James Bond franchise has evolved over time, in regard to its typographical design choices, use of visual imagery, and how its characteristics had an influence on the history of film making and marketing.